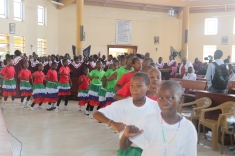 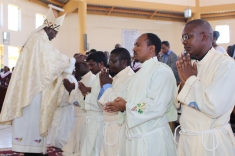 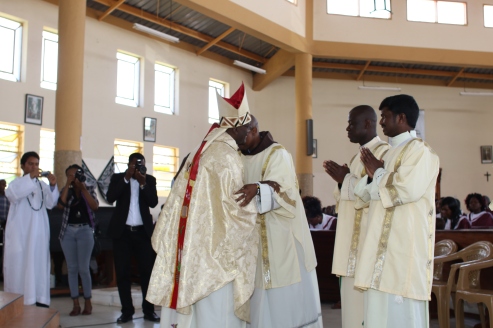 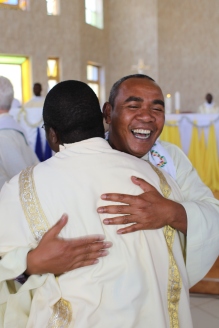 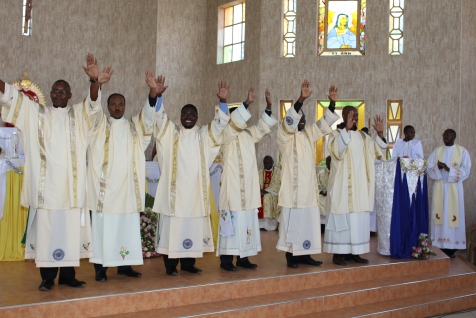 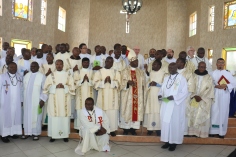 From The Acts of the Apostles 6:1-6 we read: “About this time, when the number of disciples was increasing, the Hellenists made a complaint against the Hebrews: in the daily distribution their own widows were being overlooked. So the Twelve called a full meeting of the disciples and addressed them, ‘It would not be right for us to neglect the word of God so as to give out food; you, brothers, must select from among yourselves seven men of good reputation, filled with the Spirit and with wisdom, to whom we can hand over this duty. We ourselves will continue to devote ourselves to prayer and to the service of the word.’ The whole assembly approved of this proposal and elected Stephen, a man full of faith and of the Holy Spirit, together with Philip, Prochorus, Nicanor, Timon, Parmenas, and Nicolaus of Antioch, a convert to Judaism. They presented these to the apostles, and after prayer they laid their hands on them.”

Deacon comes from Greek”Diakonos”, meaning SERVANT. In the Catholic Church, diaconate is the first in the three levels of the Sacrament of the Holy Orders. Diaconate can be exercised in two ways. One is the “transitional” diaconate whereby the candidate exercises the role of the service in the Church for a period of time defined in the laws and regulations of the Church (Canon Law), and is later ordained into the priesthood. and the second is the “permanent” diaconate whereby the candidate remains a deacon and does not get ordained into the priesthood.

As depicted in the scripture passage from The Acts of the Apostles, diaconate is a ministry of service in the Church. The deacons are charged to take to the people the love of Jesus of Nazareth is a special way, especially the sick, the widowed, the orphaned, the poor, prisoners, the marginalized, as well as lead the people in prayers.

On Friday 13 October 2017, Sts. Joachim and Ann, SVD parish in Soweto Nairobi, hosted the ordination of six young men into the ministry of the diaconate. Three of these were The Divine Word Missionaries (SVD), two from the missionaries of Africa and one from the Order of Friars Minor (OFM). The  SVD provincial superior Fr. Tony Amissah said that latter two congregations had asked to join the SVDs to celebrate this day together as one family.

The celebration was great opportunity to bring out clearly the concept of one Church, one Mission,  Head, but different callings. The diversity of the congregations and organizations within the Catholic Church does not mean division but rather, the understanding of the Church that “though the gifts of the Holy Spirit are diverse, the Spirit of Christ is one and we are all the parts of his mystical body.” The Church is alive to the different needs of the society that it serves, especially in our times.

We congratulate our newly ordained deacons and urge them to faithfully bring the risen Christ to all they will serve.