On 8th September, the mother Church celebrates the Birthday of the Mother of God, The Blessed Virgin Mary. On this day, 144 Years ago, a Missionary Congregation was Born. The Divine Word Missionaries, now now an international religious congregation, has  spread to all the five continents of the the world.

On this day also 17 years ago, the Divine Word Missionaries took over the Maasai Parish  in the Archdiocese of Arusha, Tanzania and named it after the Good Shepherd.

This year’s celebration took place in the outstation of Lemooti, about 40 Kilometers from the main Parish Station. As it has been in the last couple of years now, The event was marked by Choir competition, where by each outstation is represented. This year twenty three choirs, including for the very first time two chidren’s choirs participated. 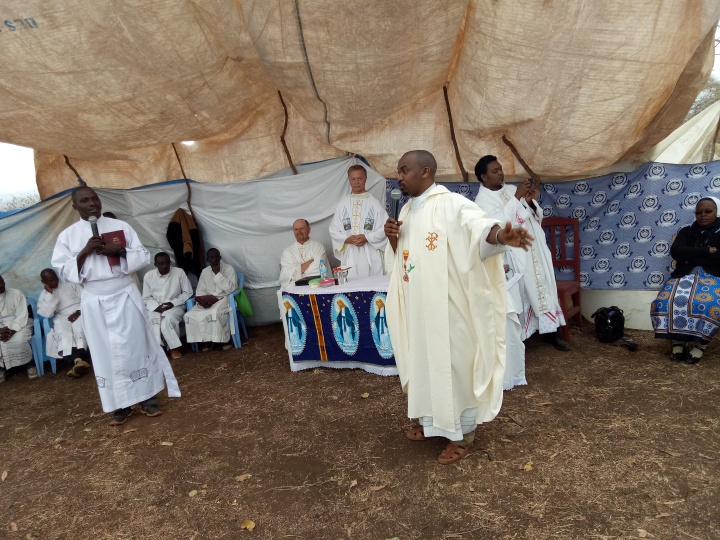 This event also serves as an occasion to raise funds for the construction of a chapel for the hosting station. so far a number of outstations have been able to build a chapel.

Some outstations such as Kimotorock had to travel for more than 120 Kilometers to participate in the event. The roads, though now much better than some years back, are still a big challenge. We had to end the event before dark because in this particular stations there are many elephants.

Fr. Paul Steffen, A professor from Rome, who was in a visit to our mission also graced the occasion. We thank God for the graces that he continues to bestow on us.