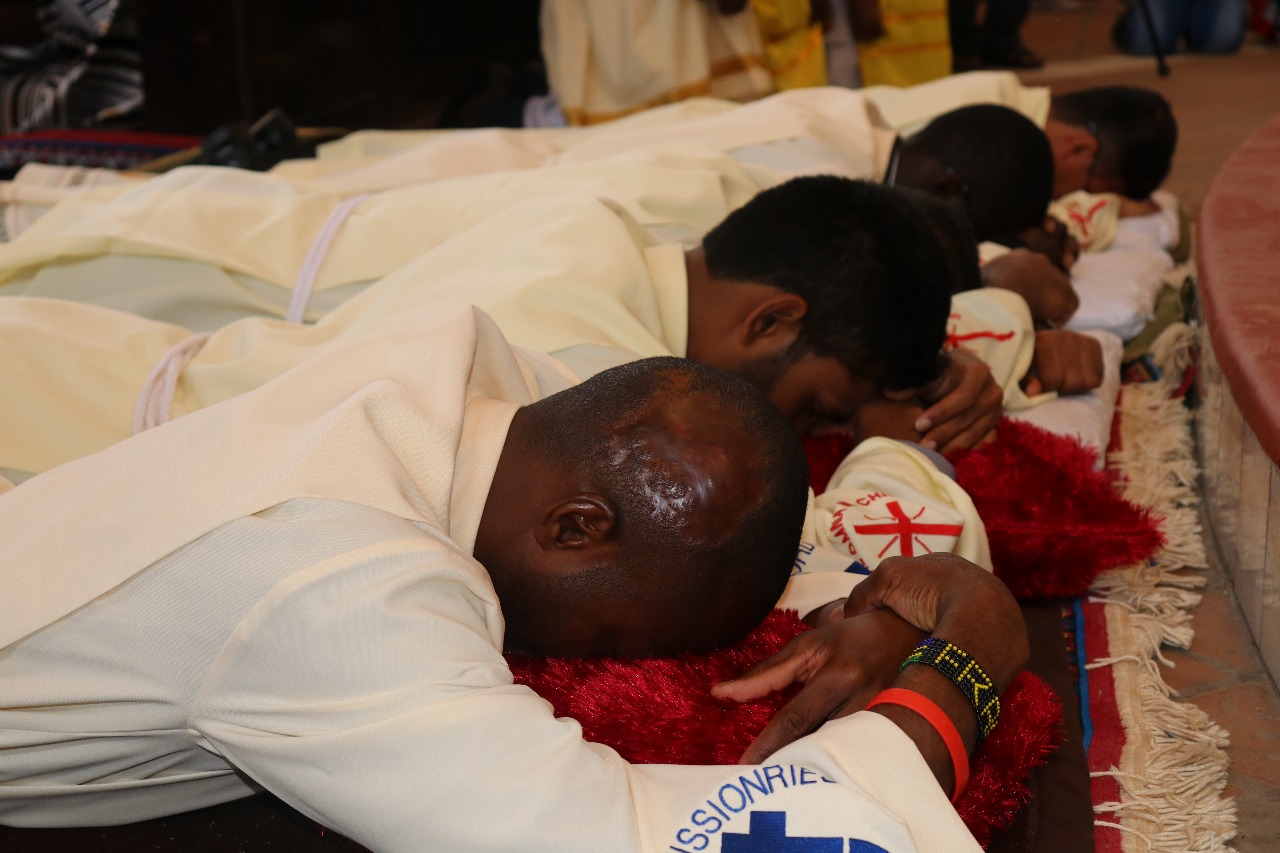 The term Deacon is derived from the Greek Word diakonos that means “Servant”. In the Acts of the Apostles 6:1-6 we read:

Now in those days, as the disciples were increasing in number, a complaint arose by the Greek-speaking Jews against the Hebraic Jews because their widows were being overlooked in the daily distribution of food.  2 So the twelve summoned the community of disciples and said, “It is not desirable that we neglect the word of God to serve tables. 3 So, brothers, select from among you seven men of good reputation, full of the Spirit and wisdom, whom we will put in charge of this need. 4 But we will devote ourselves to prayer and to the ministry of the word.” 5 And the statement pleased the whole group, and they chose Stephen (a man full of faith and of the Holy Spirit), and Philip, and Prochorus, and Nicanor, and Timon, and Parmenas, and Nicolaus (a convert from Antioch), 6 whom they stood before the apostles. And they prayed and placed their hands on them. (Text from Bible Gateway). 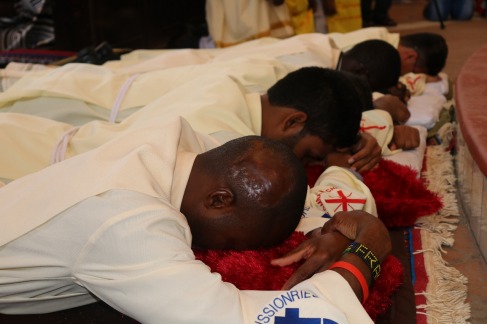 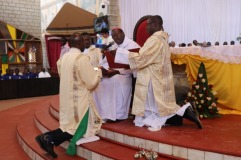 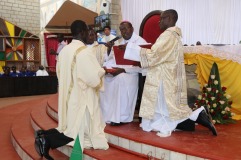 On Saturday 20th October, two of our young confreres: Francis and Honore, Together with three others from the Congregation of the Servants of the Divine Province, were ordained to the Order of the Deacons. The ordination took place at Divine Word Parish in Kayole, Nairobi. Bishop David Kamua, Auxiliary Bishop of the Archdiocese of Nairobi was the Ordaining Prelate. 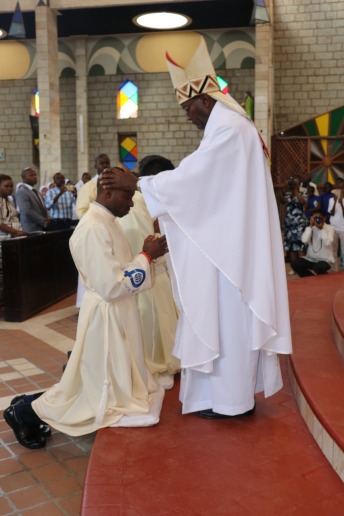 The Deacons will serve as ministers in the service to the poor and the marginalized in the Church, as well as the Preachers of the Word of the Good News. Later on they will be ordained as Priests for the people of God.

in the same celebration, we also launched the Common Formation Center Silver Jubilee. The magazine contains the history of the CFC and stories form Alumni since 1994.

We at Jambokentan would like to congratulates them and wish them God’s blessings in their ministry.