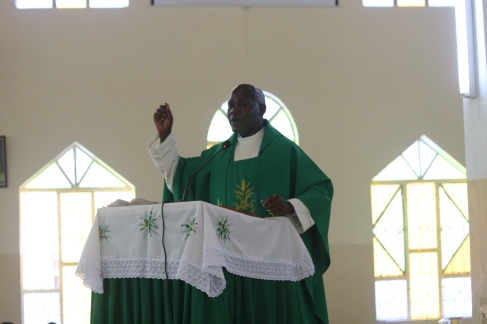 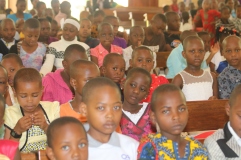 Half a century ago, a missionary could only be thought to come from Europe and America. Though many Asians and Africans had started embracing missionary lives earlier on, it was perceived rather contradictory for Africans to be missionaries. This was not a perception only by the Europeans or American but by Africans themselves. A missionary was had to be white in compression, rich and who brought many gifts whenever he returned from vacations from his or her home country.

This perceptions made things very difficult for the local Priests and the consecrated women, when they started taking over the missions that were previously served by Europeans. Many communities found it difficult to embrace them as real priest let alone missionaries. This is because being missionary was viewed as being synonymous to being European or American.

During the last few decades, the situation has tremendously improved and now we have so many local priests, nuns and brothers, as well as missionaries who are even working in the continents from where the missionaries first originated. Though there is still a lot to be desired in terms of appreciating the fact that Africans and people from other places apart from Europe and America can become missionaries in the strictest sense of the term, the situation has changed.

Last Sunday, 24 September 2017, our parish was graced by the visit of one example of many African missionaries working both locally and in all the parts of the world. Fr. Francis Wangamati is a Kenyan missionary working in Ecuador, a small country in Latin America. when he told this to the children in Epiphany parish Burka, non of the children could locate the county in the map. Fr. Francis is enjoying his deserved holidays and he passed by to greet us here in Arusha.

2 thoughts on “A visit by a Missionary”