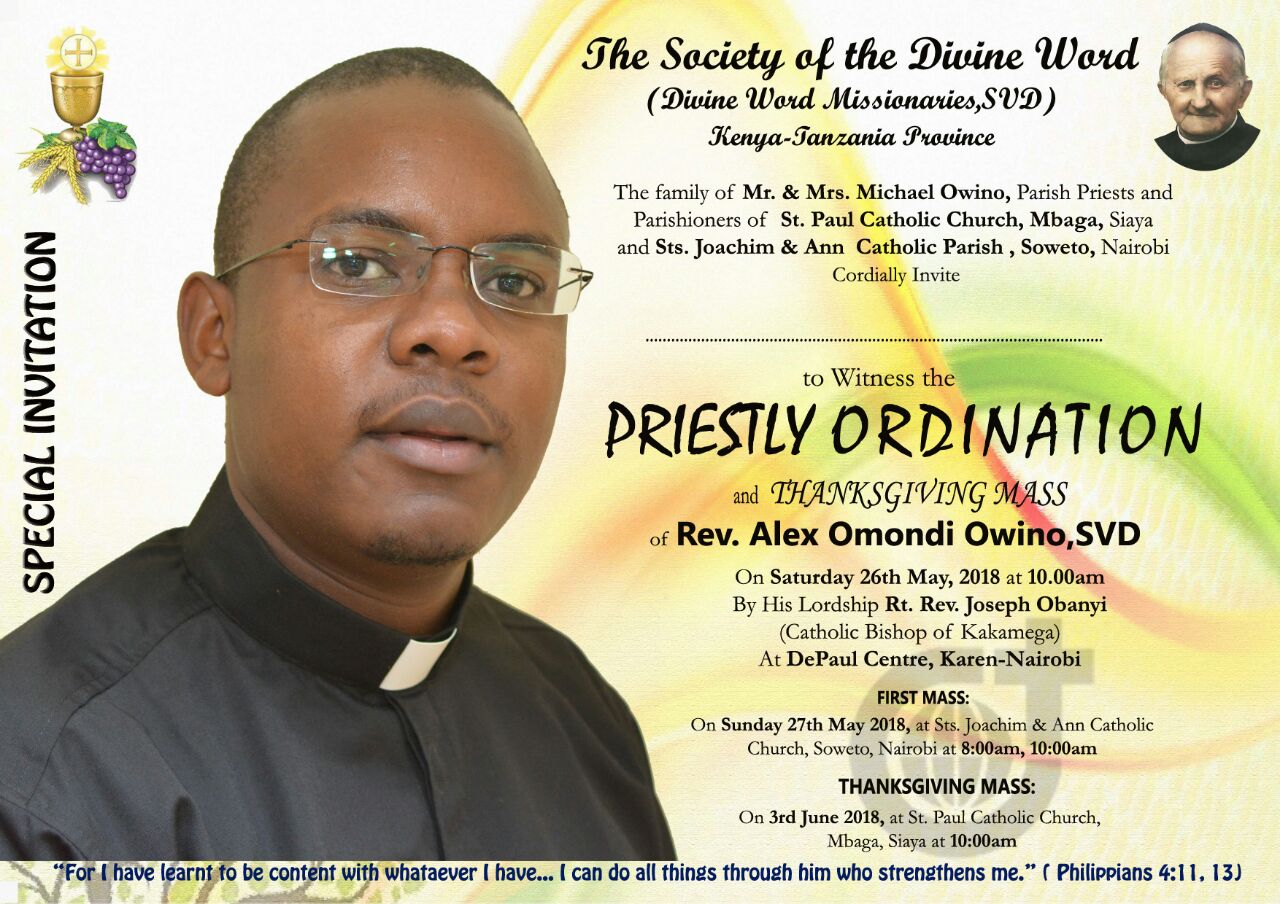 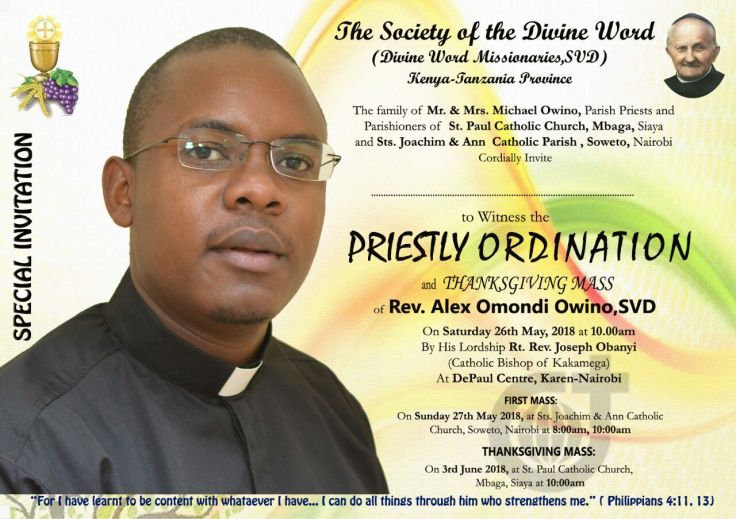 Rev Alex Owino Omondi is the son of Mr and Mrs Michael Owino. He was born in Mbaga, Siaya. He began aspiring to be a missionary in the year 2007, with one year of pre-postulancy period in soweto- Kayole.

In the year 2008 Deacon Alex began his philosophical studies at Consolata Institute of Philosophy and graduated in 2011. He entered the SVD novitiate at Nkwatia – Kwahu Ghana in 2011, professing his first vows on July 8, 2012.

He came back to Kenya and began his Theological studies at Tangaza University College School of Theology Nairobi from 2012 to 2014. Subsequently, he went to Germany for Oversees Training Program(OTP). Returning in 2016, He continued theological studies and completed his basic formation with profession of final vows on August 5, 2017.

In 13th october 2017 Alex was ordained Deacon at Sts Joachim and Ann Parish Soweto, Nairobi by His Lordship RT. Rev David Kamau (Diocese of Nairobi). He has been serving at the same parish(Sts Joachim and Ann soweto) until is priestly ordination. He is appointed to Germany for his first mission.

As a young man he likes reading, listening to gospel and inspirational music as well as playing and watching football and volleyball.

Bible verse he cherishes: PHILIPPIANS 4:11-13.”For i have learned to be content whatever the circumstance.”

One thought on “You are a Priest Forever”