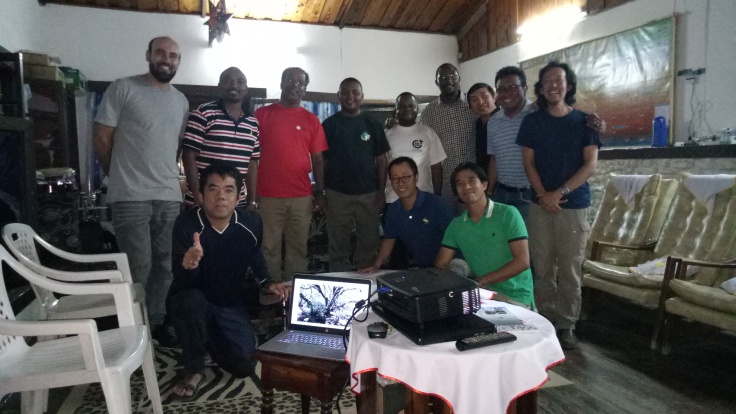 There is a Swahili proverb that says, young age is like the smoke from a cigarette. It lasts only for a moment. However, Young age can be a blessing in the later days, if it is well lived. This week has been very eventful for the young confreres from SVD Kenya-Tanzania SVD Province. 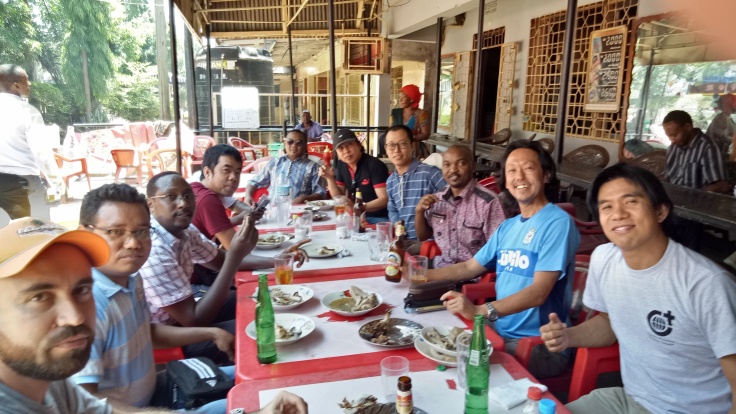 Ten confreres under 7 years in Perpetual Vows, accompanied by two facilitators, met in Arusha, Tanzania on Monday 11 March for their ongoing formation program. On Tuesday they went up hill to Maua in Moshi, at the foot of Mount Kilimanjaro. There they were accommodated at the Franciscan Capuchin Sisters Novitiate for two days.

On the arrival day the confreres had an afternoon rest and then went around the village to get familiar to the environment. Some of them made friends very quickly by the local Wachaga people. In almost every house you could not fail to notice the aroma from the local drink called Mbege, made from Bananas. there are a lot of bananas in that area. In the evening, after dinner, they gathered to enjoy the company of one another. Some others went hiking toward the forest and almost got themselves into trouble for trespassing the restricted area, but instead they made friends with the forest guards who explained to them the rules and a lot about the mountain. 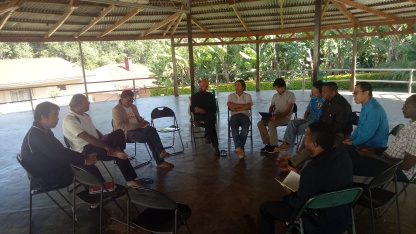 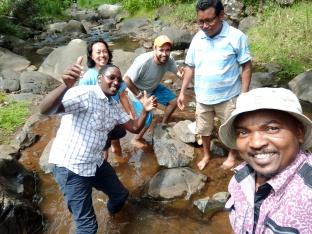 On the second day after breakfast, Fr. Michael Shaji, SVD, took the confreres through a chronological history of the Kenya-Tanzania Province since its establishment as a mission in 1984 to the present day. Fr. Shaji arrived in Kenya from India for OTP in 1997 and in the year 1999 he went back to India to finish his Theological Studies before coming back in the year 2002 for his First Assignment he has been working in the province since then. After tea break, the young confreres shared their experiences, joys and challenges in their respective missions.

Later that night there was a social gathering with some drinks and snacks. The Capuchin Sisters also took the chance to market their merchandise that they produce in the convent that included, Guava and Strawberry Marmalade, Macadamia Nuts, Wine among others. The confreres were also happy with the delicious meals served by the sisters during the two-day stay.

On the third day, they traveled back from Maua through Moshi town and then spent the best part of the afternoon at Kikuletwa Hotsprings (Chemka in Kiswahili), where they enjoyed swimming in the warm crystal clear waters of the springs. They also had their  meals there before going back to Arusha. That evening, they gathered for dinner together with other confreres working in Arusha City.

On Friday the confreres returned each one to their respective missions. It was indeed a great moment for all. The young confreres expressed their joy and the wish to gather again soon.